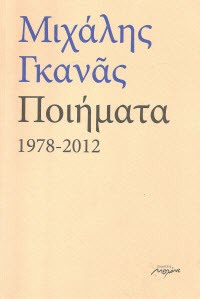 The Language Teachers’ Union, the Central Public Library of Veria and “Melani” Editions invite you to the ceremony hall of the Library on Saturday 5 April 2014, at 12:00, to attend to the presentation of the retrospective edition of Michalis Gkanas’s “Poems 1978-2012”
The book will be presented by the poet and literary critic Thanasis Markopoulos and the author himself while the panel will be coordinated by the President of the Language Teachers’ Union, Evgenia Kavalari.

A few words about Michalis Gkanas

He was born in 1944 at Tsamantas in Thesprotia. In 1948, during the civil war, he moves to Albania and then Hungary along with his family. He came back to Greece in 1954. The chronicle of this adventure is described in his narrative Mitria Patrida (Step Homeland), 1981. In 1962 he goes to Athens to study Law but he never finished his studies. He worked as a bookseller for fifteen years and later as a literary editor for the national television for which he also wrote screenplays. From 1989 to his retirement in 2005 he wrote scenarios for and advertising agency.

His poems have been translated in many languages while his lyrics have been used by the most famous Greek composers. He has also translated ancient Greek plays and has received some of the most important literary awards. 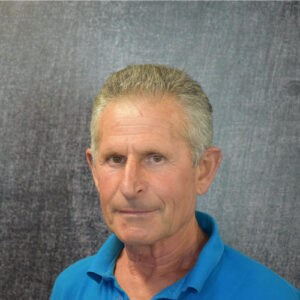